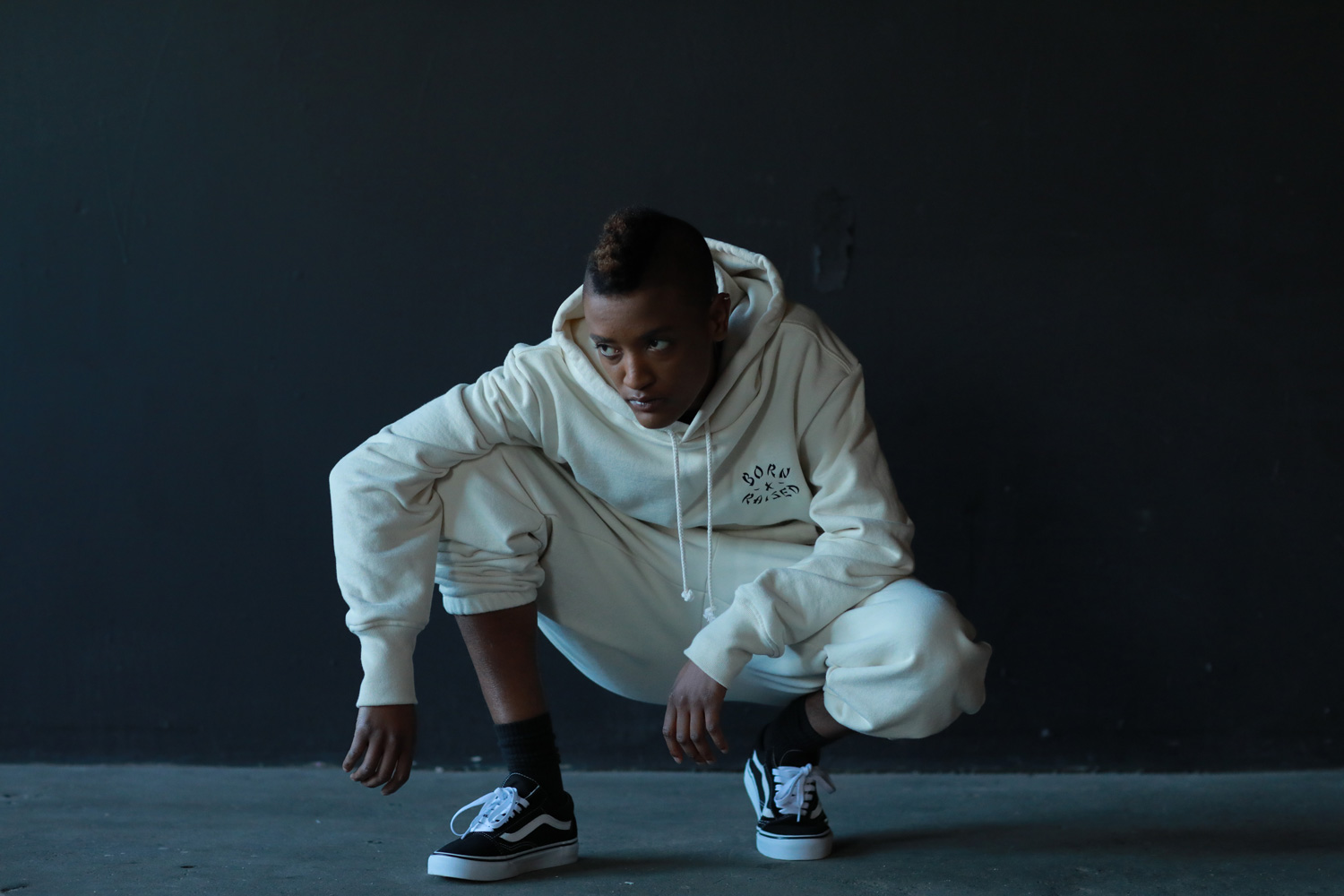 [Authors Note:] I interviewed Syd more than a year ago but never published the conversation. This profile has been sitting in my cloud collecting ones and zeros, so I decided to release it through my own site so people can read it. This is one of many backlogged profiles I have on file that haven’t seen the light of day. I will release more interviews of other artists soon.

“The fin, I think, represents my role in the Internet. The fin of a fish, or of a shark, is made to steer and direct. I wanted something that was a watery. There are a lot of water references and blue vibes in this album,” says Sydney Bennett over-the-phone.

Although the Internet has been on a hiatus since their last record Ego Death, Bennett and the rest of the band have been busy releasing solo records. According to Bennett, this was done to experiment and release pent up creative juices. And stepping back from her group the Internet has given her a fresh perspective on music. “What was great about releasing solo albums was it didn’t alter the core foundation of our sound,” says Bennett. “And the only reason it doesn’t is because I don’t feel the need to put trap drums on it, and Steve doesn’t have to go full-Prince on it, and Matt released his Jet Age album with more quirky sounds. I think it made us all appreciate what we have as a group even more.”

Sydney Bennett who is now known as plainly Syd, dropping ‘Tha Kyd” moniker, has had a meteoric rise since her Odd Future days. Not only did she help put together the Grammy-winning band The Internet, but has finally pushed out her own critically acclaimed solo work, releasing her album Fin earlier this year and her EP Always Never Home which is comprised of two B-sides, one of which was a collaboration with Korean artist Dean.

Bennett’s new solo record Fin is a tasty electronic-pop experiment, a shift of direction from the Internet’s jazzy sound. She wanted to showcase her versatility and eclectic range to challenge people’s expectations of her.  “I think it has opened people’s eyes about what they thought of me, as far how far my versatility goes, when it comes to writing and making music,” says Bennett.

Fin definitely intersects with the Internet’s core sound because Syd’s voice is at the center of both. However, this album is Bennett’s vision.  “I wrote a lot of it myself and the rest I wrote with one…two other people,” says Bennett. Her main writing partner is artist Nick Green. They met at one of his performances in Los Angeles. She became a huge fan and then an eventual collaborator. “I somehow got in contact with him and he helped me write “Dontcha” from the second Internet album,” says Bennett. Since then, they’ve had a solid writing relationship. “Sometimes it’s nice to write with someone else, sometimes I’m stuck and I need help.”

Bennett’s focus on writing has made her more self-aware of what she is saying, but, paradoxically, it’s made her more careless when she creates. “When I’m writing things these days I’ve gotten good about letting go. I think more about it after the fact, after the song is written,” says Bennett. Although Fin’s lyrics tackle themes like money and fame, the core of the album is about relationships and love. “If it’s not about love, it’s about a struggle of some sort or state of the world, but I tend to write about things that I’m passionate about. I think the world is ran by love. Every aspect of life, really, has love in it,” says Bennett. “So I think it’s very easy to get caught up writing a bunch of love songs.”

Another contrast from previous albums Bennett has worked on, Fin has less features. The new album boasts only two: Steve Lacy and 6lack. However, this was by Bennett’s design. “The only song that I felt that needed someone was ‘Over,’” says Bennett. “I wanted someone to do it justice. I reached out to a couple people…actually I reached out to one other artist and they didn’t know what to do with it.”

Unable to find someone, Bennett found herself stuck at an impasse. Luckily, right before Fin’s release, Syd found someone by serendipitous circumstance. “I heard 6lack album right before my album was due really randomly,” says Bennett. “I felt that he would be perfect on that song. Which he was…I think.”

Critically, Bennett’s work has been received with praise. Apart from a few controversies during the beginning of her career, she has not been very polarizing. “I don’t think people really write negative stuff about me. I’m easy to love. I don’t think I’m a very polarizing figure,” says Bennett. “Very few people don’t like me and I like that. I want to keep it that way.” Although, she did get angry when I brought up Odd Future and being accused of being a misogynistic lesbian — probably because she thought I was attacking her — she was still forthcoming about her past. Because of how past critics have handled her material, she wisely chooses to stay away from critiques about her work and lets it speak for itself.

To Bennett — for better or worse — art can be a tool for projection. Like any tool, it can be used to fix or to hurt. When ambiguity presents itself, people tend to fill in the gaps with their own histories, knowledge, fears, and hopes and sometimes even act on them. Knowing this, Bennet decided to let those projections go. “I don’t really care for it. It’s all opinions. And there’s plenty of music I don’t like that does really well. Art is very subjective.”